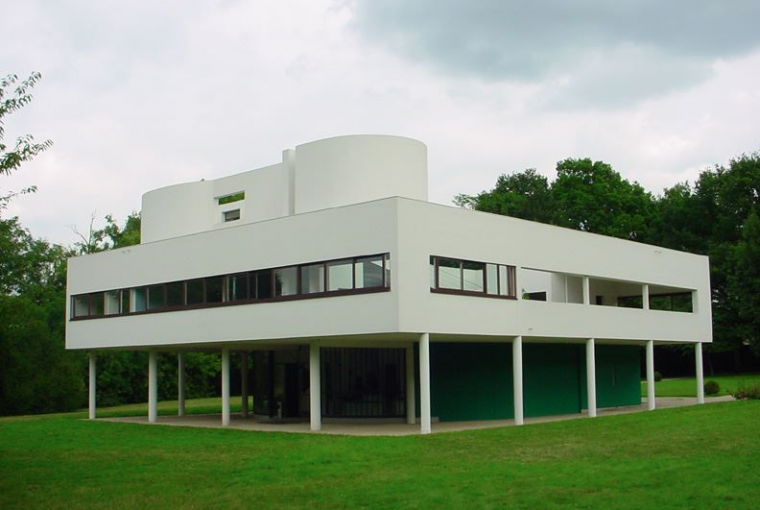 Le Corbusier is one of the 20th century’s most important designers and thinkers.

Here is a countdown of his most game changing ideas and how he influenced practically every aspect of modern life from urban planning to interior design. Born in Switzerland in 1887 and living a globetrotting life of prolific design work that saw his buildings being erected everywhere from Paris to Chandigarh, India, Le Corbusier  enjoyed a nearly 80 year career that has been unparalleled since. Nobody has been able to match him for influence and innovation. 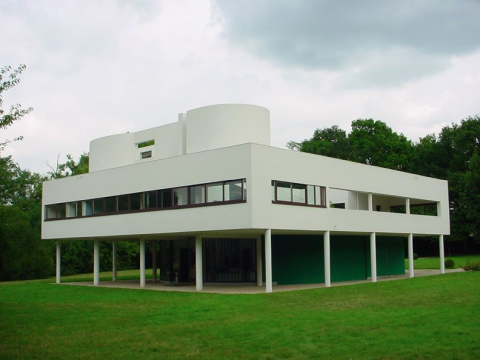 Le Corbusier  was the 1st to suggest that buildings should be supported by a series of columns instead of built on a foundation on the ground. This idea can be seen in several contemporary buildings. The most famous example is the Villa Savoye designed by Le Corbusier  himself. It incorporates all of the following points into one legendary architectural masterpiece.

Free design of the façade

The exterior of the house must be separated from the set of structural functions of the building. This allows the facade to become free of being defined by the purpose of the building.

If you work in an open plan office or live in an open plan home, you can thank Le Corbusier  for this incredible innovation in building design which allows the occupant of a building to use the building for whatever purpose they wish instead of being bound by internal walls. This idea has been copied by generations of young architects and is easy to see why. Nowadays an open plan office with a minimalist interior filled with furnishings by high end design companies (http://www.lampcommerce.com/en/catalogue/brands/fabbian) is a common sight. 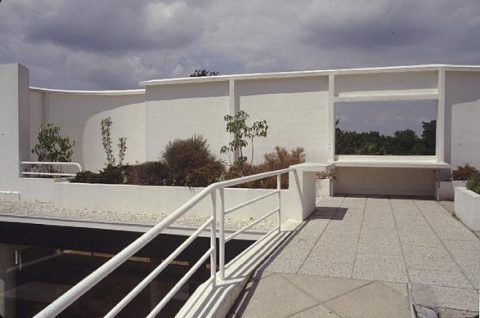 Le Corbusier invented the idea of the roof garden–thus using space in a way that it had never been used before. Instead of becoming merely functional as the 4th side or the “lid” of a building, the roof became a way of utilising space to bring in elements of leisure or productivity to the top of the building by using all the available space.

Installing horizontal windows in a building allowed for maximum light and for all the rooms to be lit equally internally. This was a radical idea in its time when most buildings were designed with segmented windows that often meant that the light was distributed unevenly throughout a building.

These points formed the basis of a manifesto published by Le Corbusier  in his book “Toward An Architecture”. His other ideas included a preference for ramps over stairs because they connect the levels of the building together rather than separating one floor from another. Revisiting some of his ideas, it’s easy to see the influence that Le Corbusier  has on practically every major building constructed today.  Values likes giving over the roof of a building to green space in order to give back to nature what human construction has taken away. Ideas such as this form the cornerstone of what is considered good  and ethical design made with people and the planet in mind.

5 Ways To Increase The Value Of Your Home 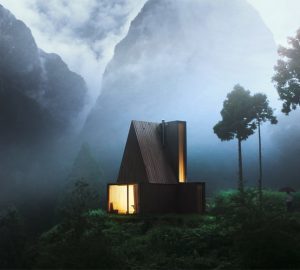 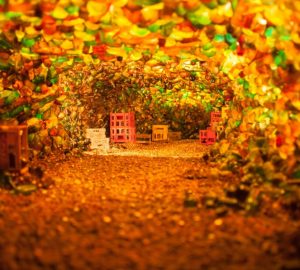